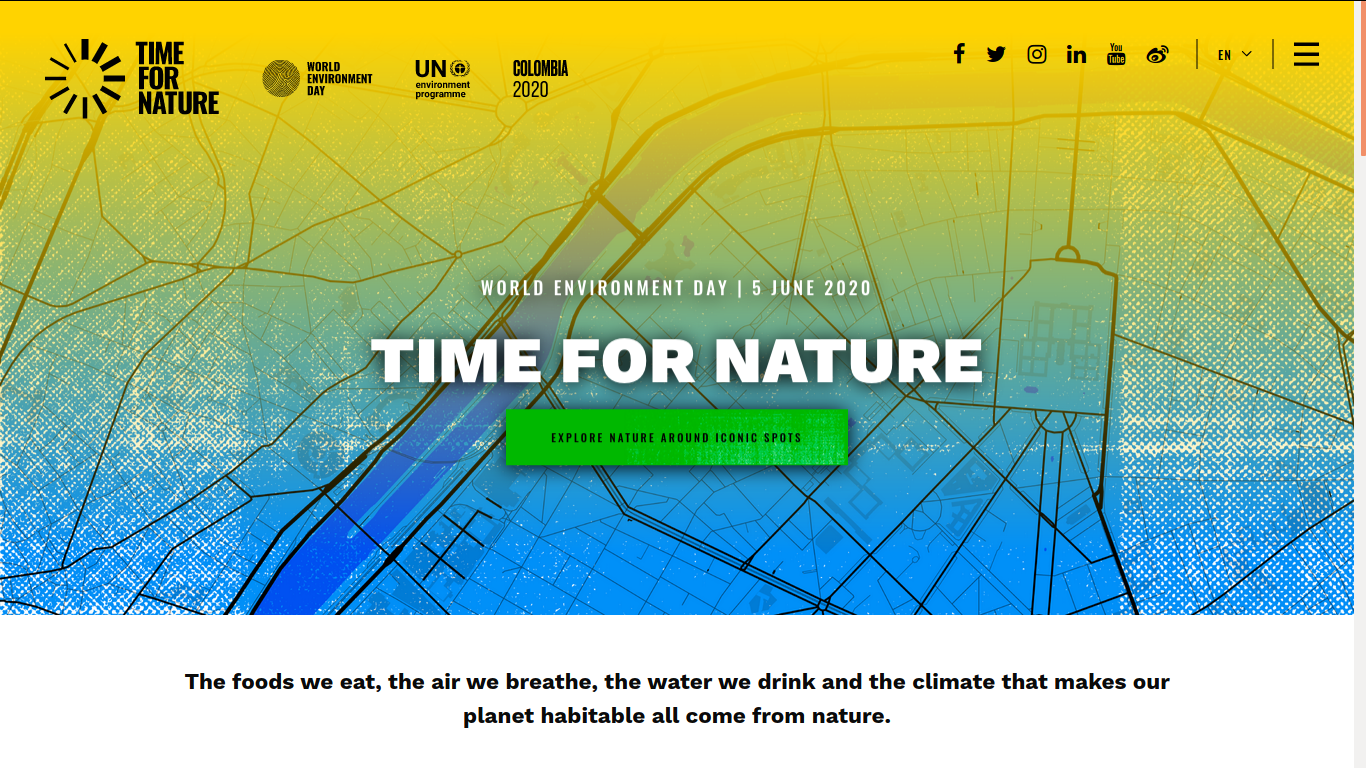 Every year, on the 5th of June, we get to pause and think about the environment, and our relationship with Mother Earth – it’s World Environment Day. And this year, just like all others, tech will receive its fair share of criticism on how much it has negatively impacted the environment – let’s not even get started with technotrash.

However, not all is doom and gloom when it comes to tech and the environment. In this article, we explore the positive impact of technology on the environment, and some of the efforts that are being made to use tech for environmental protection.

As aforementioned, tech stands guilty as charged when it comes to environmental degradation. One of the main contributors is technotrash or e-waste.

In 2018, according to Statista, humans produced 50 million metric tons of e-waste. Out of this only 20% was recycled (image below)

Tech for the environment

The 2020 World Environment Day theme is biodiversity, a call to stand #ForNature. To think about the various species that make life on earth possible.

One of the aims of SDG 9 (Build resilient infrastructure, promote inclusive and sustainable industrialization and foster innovation) is “exploiting the potential of smart technologies” which “can greatly contribute to the reduction of environmental impacts…”

It is in the light of this SDG that tech rises to contribute to a better environment despite being marred by a dark past – where it has contributed to environmental degradation.

Let’s explore some of the progress that is being made to use tech for the environment:

IoT is already in use in smart buildings. For example, sensors are linked to IoT enabled devices that are programmed to make data-informed decisions that help with energy efficiency. One of the common uses is in smart lighting which will dim depending on the lighting in a room and the presence of people. Once the room is empty, the lights go out.

Some examples of smart building technologies that are already in use include: General Electric’s Current, Philip’s Hue and Ecobee’s SmartThermostat

There is lots of research around smart glass and energy efficiency. Tech is already at the forefront in helping with this research. Energy simulation software is used to help track how much energy efficient different types of glass are as in this Turkey based research.

According to this data based on 232 academic conferences held between 2018 and 2020:

There have been efforts by scientists, researchers and educators to reduce the carbon footprints by holding online conferences and having those who need to drive to venues buy carbon offsets (where you pay or contribute to projects geared to reducing carbon emissions or footprints).

Reducing travel and holding meetings, events and conferences online reduces the amount of carbon dioxide that could have been produced during travel and related activities.

According to the aforementioned study on academic conferences, holding multi-site conferences reduced travel-related greenhouse gas emissions by 50 to 70%, even where the number of participants was significantly higher than during in-person meetings.

The fact that virtual conferencing does not entirely eliminate carbon footprint is based on the fact that even online activity does result in the production of carbon as shown by the following statistics:

The data centers and servers used to power these meetings need to be put into consideration too. However, not all is lost, and tech companies are working towards renewable energy for their data centers. For example, through RE100, a global corporate leadership initiative, companies pledge to use 100% renewable energy, and some like Facebook, are already halfway there.

Technology is not only being used in the development of autonomous vehicles, but also in simulating the environmental impact of the vehicles. Electric vehicles have a lesser carbon footprint by 18%. This percentage increases in countries where the source of electric power is based on renewable energy. For example, in New Zealand, electric vehicles produced 62%.

For these autonomous vehicles to significantly produce the minimum carbon footprint possible, the electricity used to run them must come from renewable sources, and they need to be made of parts that can be recycled.

Like we have seen, technology is helping to improve the environment. Advancements in technology can further streamline those efforts. It is however important to understand that the role of technology in environmental protection can only be effectively felt and seen when other things like the right policies are in place.

For example, with autonomous vehicles, it might be a good idea to go for an integrated approach, otherwise, we may have too many cars on the road, even unnecessarily, where one may be ‘sending their car back home’.

Looking to build software that can help with environmental impact? Contact us today